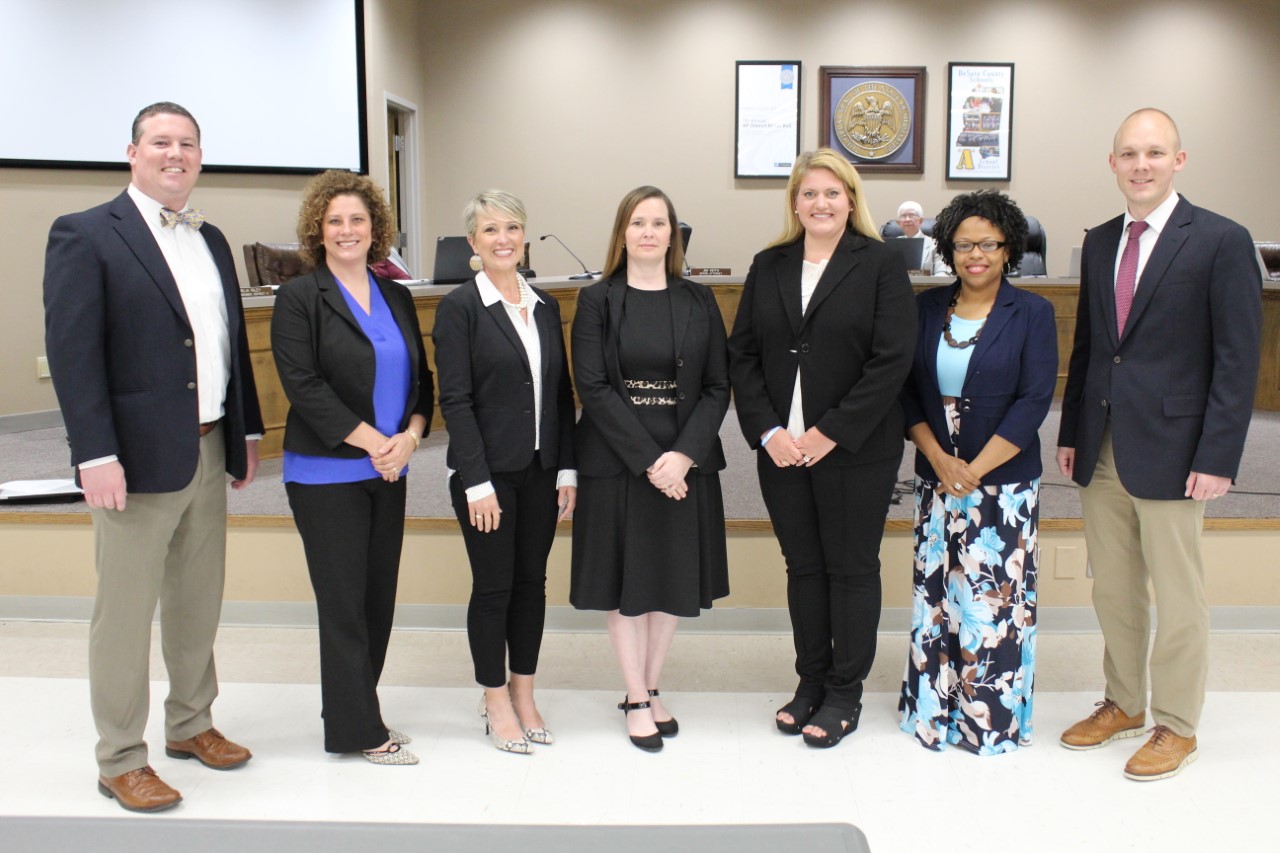 There will be seven new principals at schools in DeSoto County when the 2020-21 year officially begins on July 1.

They were voted on and introduced during the DeSoto County Schools (DCS) Board of Education meeting Thursday, May 7 in Hernando.

Six of the seven were assistant principals on other DCS campuses during the 2019-2020 school year. The other promotion, new Lewisburg High School principal Kris Perkins, served the past year as principal at Olive Branch Middle School.

Perkins comes to Lewisburg with the vacancy left when Chris Fleming resigned to become the new superintendent for the Senatobia Municipal School District.

Rosie King has been the principal of Olive Branch Intermediate School since 2018.

Supt. Cory Uselton said there were 33 assistant principals considered for the seven positions that were named Thursday.

“We are very excited about all of our new principals and we are confident that they will all thrive in their new roles,” Uselton said. “The principal interview committee did an outstanding job of evaluating all of the applicants.”

Board members Thursday approved new policies that could allow students to be exempt from final exams if certain criteria are met.

As with middle school students, excused absences will not impact course exemptions.

Board members also approved contract agreements with Advantage Roofing Construction for a re-roofing project at Hernando Middle School. A contract agreement was approved for turf replacement of the Pool Field football surface with T3 Global Projects named to do the work.