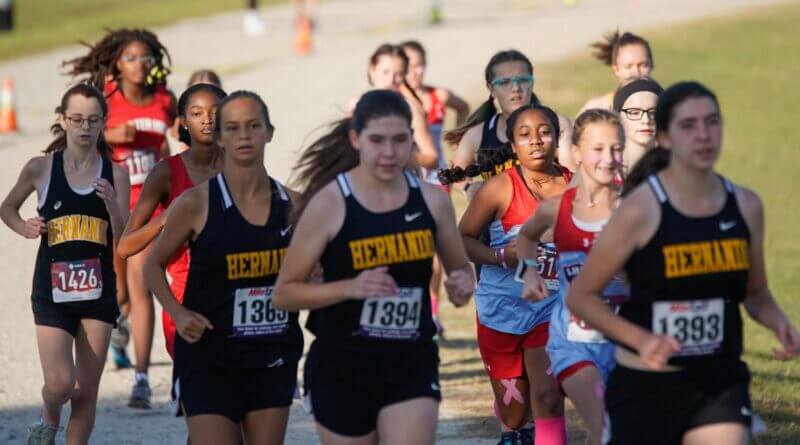 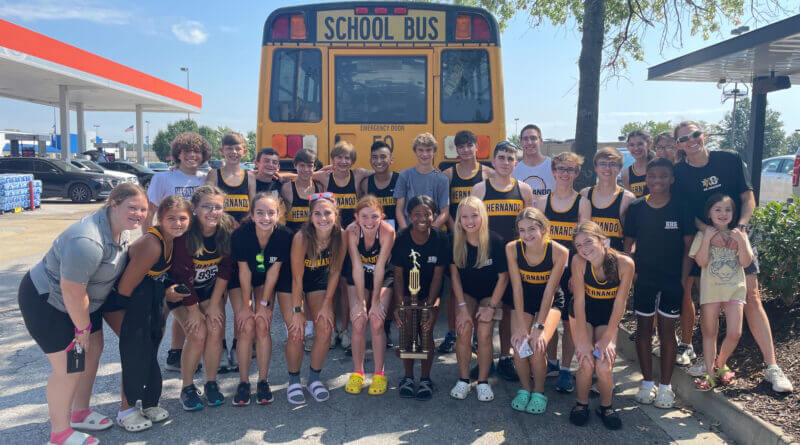 Photo: Hernando cross country runners are shown after their efforts at the Saltillo Invitational meet Saturday in Saltillo. (Duane Case/Twitter)

Center Hill girls also rain in the meet, taking 16th overall. They were led by Sydney Hyatt (23:50.00). DeSoto Central had four runners take part and they were led by Layla McGuire, who ran the race in 22:04.50.

For the boys, Jackson Dickerson paced the Lewisburg boys with a 27th place finish with a clocking of 18:12.81.

OXFORD SWIM MEET A SELL OUT: Oxford officials said Saturday’s invitational swim meet was a sell-out event, said to be a first in Mississippi high school history. A total of 275 swimmers competed among boys’ and girls’ divisions and Lewisburg, DeSoto Central, and Olive Branch were among the teams that took part. Here are the final team totals for the day: