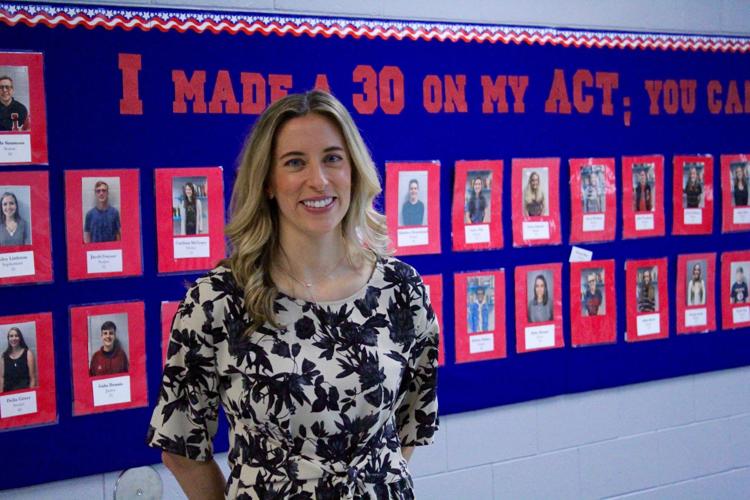 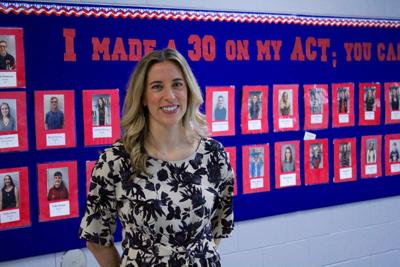 Patricia Clayton of Lewisburg High School is the DeSoto County School District Teacher of the Year. Clayton teaches German I, PSAT and ACT Prep at Lewisburg. She will be part of a reception for all the DCS Teachers of the Year this afternoon at 5 p.m. in Hernando.

Lewisburg High School instructor Patricia Clayton quickly discovered once she started teaching that the classroom was where she needed to be.

Today, Clayton, who teaches German, along with PSAT and ACT Prep, will be recognized as the DeSoto County School District’s Teacher of the Year.

A reception with all of the individual schools’ Teachers of the Year being honored, including Clayton, will take place at 5 p.m. this afternoon in the board room at DCS Central Services in Hernando.

From those instructors, Clayton was selected to represent the county school district this year and with the recognition, Clayton is also in line to possibly be selected as Mississippi’s Teacher of the Year, to be named later this spring.

The PSAT, for Preliminary Scholastic Aptitude Test, is considered a practice version of the SAT, or Scholastic Aptitude Test college entrance examination. The ACT, or American College Test, is another standardized test to determine a student’s readiness for college. DeSoto County Schools have placed a high priority on offering courses to get their high school students ready to take those important examinations.

“The reason I like teaching in high school is that I’m teaching them on the precipice of their future,” Clayton said. “That ability that I have to get them into college, get scholarships, expand their interests and world view, I feel really lucky and blessed to have that impact on my students.”

Clayton has been a teacher for 14 years and has been at Lewisburg the past five years. She graduated from Rhodes College in Memphis with a Bachelor of Arts degree in German and was a Rhodes Award recipient.

Clayton has also studied abroad at the University of Tubingen in Germany before coming to DeSoto County, where she first taught German, gifted English, PSAT and ACT preparation classes at Southaven High School. Clayton came to Lewisburg in 2014.

Away from the classroom, Clayton is the coordinator for the district’s PSAT Test Prep Camp, teaching district-wide courses on implementing the program at other high schools.

Clayton said the goal with her test prep students is to have them “dream big and try to achieve great success.”

“Try to go to an Ivy League school or a study abroad program,” Clayton said. “We want to make sure that we are not just focused solely on drilling test prep. We talk a lot about college applications and scholarships. We want to make sure we’re educating the whole person and not just, ‘you’re a test score.’”

While PSAT and ACT prep can directly lead to open doors and scholarships from colleges and universities, Clayton also feels it is important that students broaden their horizons and view of the world through foreign languages.

“It often will help them to look at their own language in a different way and their own culture in a different way,” said Clayton. “I really appreciate that opportunity with a foreign language to teach a skill. Even if they don’t continue with the language, they can carry that to other areas of their life.”Record numbers of scholarship dollars have come to DeSoto County high school graduates in large measure from their scores in college preparation tests. A bulletin board with photos of the Lewisburg students who achieve a score of 30 or more on their ACT test is prominent in the hallway on the campus.

“I feel really blessed to be here in a district that places an emphasis on PSAT,” Clayton said. “We can see when we get those students in a room and their PSAT scores go up, their ACT scores also go up.”

“Patricia has a work ethic that does not know the meaning of slow down,” Fleming said. “Mrs. Clayton pushes each student, be it a beginner to foreign language or an anxious senior in the final stages of National Merit applications, to bring out his or her very best.”

Clayton, who said she did not take education classes in college, credited her fellow teachers and administrators for what she has done in the classroom.

“I owe them a huge debt of gratitude to be able to be the teacher that I am,” Clayton said. “I learn from my colleagues every day. DeSoto County has been such a great place for me to learn to be an educator. Without my colleagues, I would not be here today.”